Rental Expenses: Deduct Up To $2,500 Per Invoice Line Item 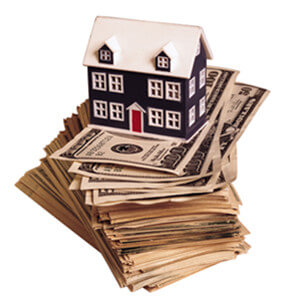 The IRS has announced an increase in the de minimis safe harbor limit to $2,500.

As you may know, the IRS recently issued new complicated capitalization rules. With those new rules came a safe harbor election that allows taxpayers to deduct up to $500 per invoice line item. As an example, if you were to buy 10 window air conditioners at $495 each for your apartment complex, you could elect to deduct the entire $4,950 as a rental expense. (1.263(a)-1(f))

The IRS has announced an increase in the de minimis safe harbor limit to $2,500.  This new rule change could have a tremendous impact on rental cash flow because it may reduce the amount of income taxes owed.

The de minimis safe harbor was intended as an administrative convenience to permit a taxpayer to deduct small dollar expenditures for the acquisition or production of new property, or for the improvement of existing property, which otherwise must be capitalized under Code Sec. 263(a). It does not limit a taxpayer’s ability to deduct otherwise deductible repair or maintenance costs that exceed the amount subject to the safe harbor—a taxpayer may continue to deduct all otherwise deductible repair or maintenance costs, regardless of amounts—but merely establishes a minimum threshold below which all qualifying amounts are considered deductible.

A recap of the safe harbor election requirements:

The de minimis safe harbor applies to an amount paid during the tax year to acquire or produce a unit of property (UOP), or acquire a material or supply, only if:

This increase is effective for costs incurred during tax years beginning on or after Jan. 1, 2016, but use of the new threshold won’t be challenged in tax years prior to 2016. And, if a taxpayer’s use of the de minimis safe harbor is an issue under consideration in examination, appeals, or before the U.S. Tax Court in a tax year beginning after Dec. 31, 2011 and ending before Jan. 1, 2016, and the issue relates to the qualification under the safe harbor of an amount that doesn’t exceed $2,500 per invoice (or item, as substantiated by invoice) and the taxpayer otherwise satisfies the applicable requirements, IRS won’t pursue the issue further.

Contact us for a sample election that you must attached to your tax return.

© 2015 Douglas Rutherford, CPA, CGMA.  All Rights Reserved.  Douglas Rutherford is a nationally recognized CPA practicing in the real estate industry. He is the founder of Rutherford, CPA & Associates, and the President and CEO of RentalSoftware.com. He is also the developer of the national leading real estate investment analysis software, the  Cash Flow Analyzer ® & Flipper’s ® software products. Doug earned his Masters of Taxation degree from Georgia State University, Atlanta, GA.